Season 2011.03 KS2 Series just finished, but it's already time to start thinking to the next one! First race in 1 week.

here is the schedule of the the new season


Since for 3 F1 races there are no tracks available in nKPRO, so far, we decided to use other F1 tracks on those weeks.
In case those tracks will be available for that date, we can eventually include them in the calendar.


Few notes:
- for all the drivers that took part to the KS2 Series 2011.01 or 2011.02 no additional registration is needed. Just allocate for the new races.
- we will keep racing without full mode
- we will re-introduce the real weather on the racing day
- points will be reset for the new season, so everyone will start once more from 0 points.
- no points will be discarded at the end of the current Series
- entry list for the first race will be based on the final driver standings of the KS2 Series 2011.03
- this second KS2 Season is the 3/3 seasons that follows the F1 championship. At the end of the 3rd season points will be summed up and the overall champion will be crown
- we will race, as usual on the Thurdsay after the F1 race

We strongly advice drivers to download the latest skinpack and, double check if your skin is available, and if not, publish their skin.

UAUUUU....Glad to know that A1 ring is in! This is my favourite tracks!!!

Happy also for Adelaide, I think we are going to face a very interesting championship....It would be good if the release of the 1.3 would be before the start of the champ...cross the fingers!
davide zardin

Good to know Francesco....we need drivers as strong as you to stop the Gek's and Mika's domain!!!
Andrea Lojelo 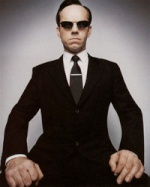 Thanks a lot for racing with us. It was once more a really close battle until the very last race.
Here are the winners of the KS2 2011.05:

And here are the results for the full season 2011 (thanks to Mika for the spreadsheet).
Even in this case, incredible to see that after all those races, results are incredibly close. Well done to all of you for the fantastic championship.

By Google:
Marius is right, partial team scores in the calculation is wrong. However, that's great, if the calculations are accurate Digital Fusion World Champion Team after 19 games and 8 long months!

Thanks to Fabio, we put on a pretty good team we enjoy the highest step of the champagne! To say that this name when I played soccer did not bring much luck ... Among the drivers are too high (2 Mika was by far if he had concluded), but I also enjoy this "glory", Fulvio complimented me off almost 100 points! Next season we will be more aggressive trying to improve or at least worse than confirm, thanks to all the pilots who participated in these Thursday of healthy and competitive fun!
Andrea Lojelo