how will be organized the multiplayer by radiators ??
Andrea Lojelo

We will have for sure our own servers online.
Championships will come later on. Maybe we will organize some stand alone events in this first phase. We will see.
When we will have specifications for the server logs we will start thinking about how to handle the results outputs. There might be some work to do before we will be ready to start a properly organized championship.
_________________

i hope a good and funny multiplayer
Piers Structures

It will have been a long, long, long wait. I hope to see some of my old friends on track again soon. That is what I am really looking forward to.
Clive Melbourne 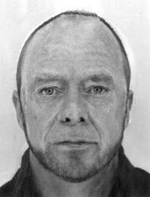 Hey guys, been a long time.
So when we going to have some fun races?
M Waechter

This booking system (wait for 2 hours sometimes) makes me crazy, we need some password protected servers, then spread the password around via pm to lets say max. 30 people [RSR guys and some else] + allowed joining without booking as an addition(for the fun races at least)

..for suuurrree get better  and better i  a time..
..RSR still on  whit all the Future-idea coming ..
...and whit a same touch that RSR was grow NKP......
only whit some diapers changing in the box

Hehe, sure things will improve (or even change) step by step.

For now I was a bit impatience, because I did not join a single server yet

(either they are password protected and I'm not active in other forums to get one.., or they are full, started later and so on).
Antonio Lallo

Wow, I'm tired after today, AC multi is very good, alpha or not. I won too many race...not usual, where are you? The comunity is grow too much, but not much in velocity...ahahaha Probably I speak too early, but I had fun and this is the important thing. See you on track, I hope.

yesterday we had our first test on our new server to check how things are going, and we are extremely happy about the results.
We had 3 AC servers currently running on our VPS. With 50-60 concurrent drivers the server kept ping of few ms (30-60). No lag, no issues, all stable and smooth. I'm very happy. KS guys have done a tremendous work.
We just had one huge lag at midnight sharp due to a scheduled process on our server

We will try to ramp up even more servers in the next days. Yesterday we put down some ideas with the other RSR and we will soon organize something to start having fun together again.
Great fun yesteday to battle once more with the other guys, battling wheel to wheel. I've been missing that a lot.
Looking forward to see you guys on our servers once more.

Just give us some time to organize our ideas, and eventually code something to help us configuring servers with what we need and then we will start once more.

I remember when Imola was released for NKP, we had a sunday evening event in the Osella preceeded by the practice pick up races the week before. So how about a similar one off event at Imola next sunday, early evening?
Luca Zari

Andrea Lojelo wrote:yesterday we had our first test on our new server to check how things are going, and we are extremely happy about the results.

):
After three or four laps I lose grip on the soft tire compounds at the rear tires.. and start to lose the rear in fast corners, those kind of corners where more abrupt and especially just higher g-forces during turning in and mid.-corner happens.
It happens with every car, I think the rears just overheat (at the point when above ~100+ °C) and then/so lose its grip. Or it's even the wear, but I don't think so (as it's already after just three laps), not sure.
Setup changes like diff. changes (depends on car), ARB changes can compensate it a bit, but not really.
I can prevent it, when I'm super-careful and slower in those mentioned corner entries, but then I'm not pushing anymore and maybe too slow for my taste

However: Using medium or hard tires solves it, because those tires stay at lower temperatures, not so easy to 'over'heat them. No such kind of losing grip there.
-So as it only happens with overheated rear tires, the suspension and so on is ok and seems not the source of it. I use no forced too much fast rebound, also not too high rear ARB 'n' such stuff there.

Wish I could keep the soft tires more cool, but they will heat up sooner or later anyway.., so driving more careful does not help. Maybe it helps/works just for one more lap (for 4 instead of 3 laps then), but then they will be up to 108°C or s.th. at rear (fronts are always at ok temperatures quite below 100°C) anyway. Regardless how you 'soft' you try to drive.. .
M Waechter

So can some of the faster guys post their tire temperatures in a GT car(for example) -after driving four fast laps on soft tires ?
For comparision and further evaluation

As long as medium tires does not produce that much less grip than softs, it may not matter. Then just using medium compound for races may be fine for me at first.
Gary Munson

.  At Silverstone with formula abarth soft tyres, after 4 laps I was getting slower and losing grip. Not had a chance to test all tyre combos ....too much going on.

I'm Down for racing! glad to be here again
Sponsored content