this is a test patch? will it be released as an auto-update later?
Andrea Lojelo

Roberto Olivetti wrote:It seems to me that the old netKar sensations have been resurrected: you can lost the car in acceleration, you can miss a brake, and if you hit a kerb you don't flip anymore!!!

I noticed that too!

You can really attack high curbs now without flipping the car immediately, now the car will tilt but not flip (That's what I have seen till now). And the feeling of the cars has improved a little bit. As Roberto said, now you can drift a bit better coming out of a corner on the throttle. I also feel like the F1800 feels a bit more stable and "controllable" now, was that the "discussion" in the last italian posts?

physics of cars are better now i think,it feels more realistic.and the backfire finally in nkp

thanks a lot for update
thumbs up 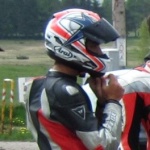 more realism in driving!but the setup is a change! (yet!)(lol)
In addition it will be important in view of the slight loss of time in the round (for me about almost 1 second, but may be I poorly led) to formalize the patch in ways that all pilots is at the same level of opportunity to chrono
Raúl Expósito 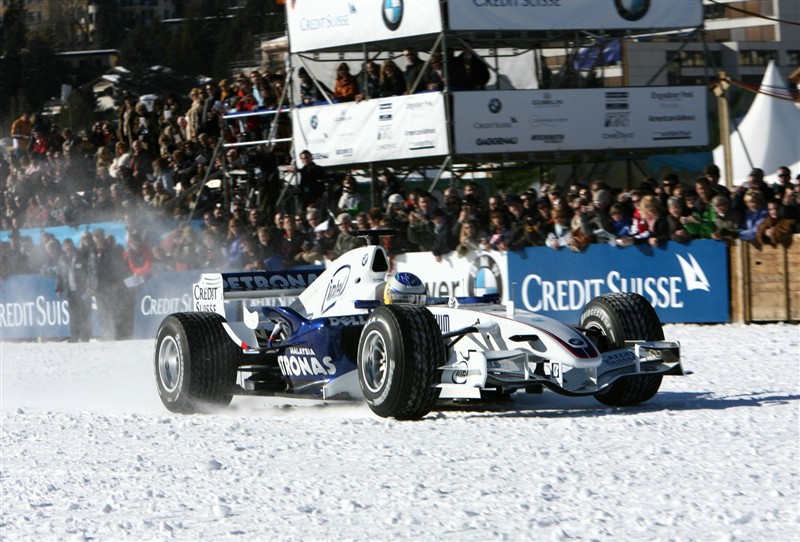 Now the car is very difficult to handle. Curved drift much.

Just some of my thoughts while testing the update with the Gvb and f1800 now, compared to to more kind of 'arcade' behaviour of the previous version:

With the update it is definately more difficult now in extreme situations: when you hit the gras with a rear wheel while braking or being in fast corners your rear goes off and once your rear 'overtakes' you, the car is not as easy to catch anymore, you need double the space than before to get in control again.
When your rear goes off and you lose control completely the car is even not stoppable anymore on the brakes, brakes take not as much of an effect as before when the car slides, so mostly you just slide and slide and slide despite braking until you see and hear boom at the next wall Wink.
So that can lead to hard situations in a race, because when a guy in front loses control, his car will probably slide all over the track and the following cars can't aviod hitting that car, we need to be even more careful, when the driver in front makes a mistake than try to react immediately to get far away from the situation in front.
I also tried the F1800 at Donington same difficuties there at first -losing rear much more easy at the exit of chicane on the gas, that was almost not possilbe before the update for example and as with the Gvb in fast corners you need usually more space now (going wide in most cases), I had to set the ARB more conservative on that car (F1800) then it felt fine (with some more practice it is even more 'comfortable' probably like someone esle already said) as long as no mistakes on the rear occur in certain situations (big slides).


But I really also like the handling now more than before, I think it is indeed some kind of more realistic, the cars feel not so stiff acting anymore, you can steer the cars much more and better with the rear now: -and when you silde the car in a corner, it does not 'choke itself' (slows down) anymore in that particlar moment when the slide is done / the tires grap the grip to the asphalt again and that's at least more realistic.
Raúl Expósito

now step on the grass white smoke. In the original tracks is yellow.

if not the fault of the patch or circuits
M Waechter

At Monza at least, when I'm driving 'live' in the cockpit, it still looks yellow(yellow-green) when I look in the mirror.
Marco Calesella

By me no more rain spray behind the car when raining.
René Lorig

BUG-REPORT:
- No spray behind the car in 100% rain, when tire-temperature goes above ~25°; below that temperature you can see spray.
- Dirty visor coming up very quickly in 100% rain when on-track (also when standing)
Example:
Please report this to Kunos as the last one is very annoying.
Roberto Postinghel

René Lorig wrote:BUG-REPORT:
- No spray behind the car in 100% rain, when tire-temperature goes above ~25°; below that temperature you can see spray.
- Dirty visor coming up very quickly in 100% rain when on-track (also when standing)
Example:
Please report this to Kunos as the last one is very annoying.

Just to confirm the "dirty tear off" bug.
In my case, I also noticed a progressive drop in FPS (around 5 for lap).
The dirt starts appearing after you exit from track into sand, but it keeps repeating at every following lap - even if you stay on track.
The tear off starts dirtying near the zone where you went to sand, and this zone "grows" at each lap.
After 5 or 6 laps, the tear off become fastly dirt in almost each part of the track.
I don't know much of programming, but (considering the additional FPS drop), may the cause be a buffer that isn't emptied?

Would be great to also fix the rain bug, that ruins almost every races with rain.
Antonio Lallo

Andrea? Have you talked with Kunos about this update and when it/the fixed version is going live?
Andrea Lojelo

what is the install folder for this update?
Andrea Lojelo

when will this become an official release? its pretty boring when you can only race on rsr servers and having to change the .exe's every time

MikaRaymond wrote:when will this become an official release? its pretty boring when you can only race on rsr servers and having to change the .exe's every time

So you're locked out of all non RSR servers javascript:emoticonp('