Results are up (since yesterday)

I had a terrible pace, last night. not so much time for training for me last week, and yo u can tell. Last in qualifications in both races despite that was my PB

The race was instead surprisingly interesting. On Race1 I managed to gain some positions due to some accidents on the front, and, knowing that I was seconds slower than other drivers I tried to defend my position without being too rude and compromising the possibility of some good points. Then on the last laps I found out that I forgot to refuel after the warmup

so I decided for a fuel saving strategy on the last 2 laps finishing with just 1.1 liter of fuel

Race2 was instead a really nice one. I had some clean fight with a lot of drivers in the back positions. Very good fun. Then unfortunately Marco did an error going off track and his car without control impacted on mine. Bad luck.Unfortunately race over of both, just at 1 lap from the 50% of the race, so 0 points

It was a good event though. I've seen some really nice an respectful races, with great duels, and as always happen in races, some unfortunate accidents.

While sitting in the box I had the chance to see the great fight between Mario and Stephane. Great driving guys.

M Carey wrote:Race 1 ended on the 1st lap:
Race 2 ended at the same place on the last lap (a lag incident with Claudio). Crap pace, an event to forget.

I'm really afraid Marius. On race one contact at the end of first lap (not happened on the wild bunch just after the start)
was my fault: i loose control in front of you, and result is well fixed by your image...

On race two at last lap was actually an unlucky lag contact:

This is the enter in Eurocar turn: i'm passing thru an open a passage on inside, but we are saftely distant each other

on the outside our lines approach normally. This is the last frame before your spin:
as you see there's still distance between cars, and none of us have made something wrong...

I believed you about the lag Claudio

Below is the point of contact from my perspective (which unfortunately sent me spearing off track): 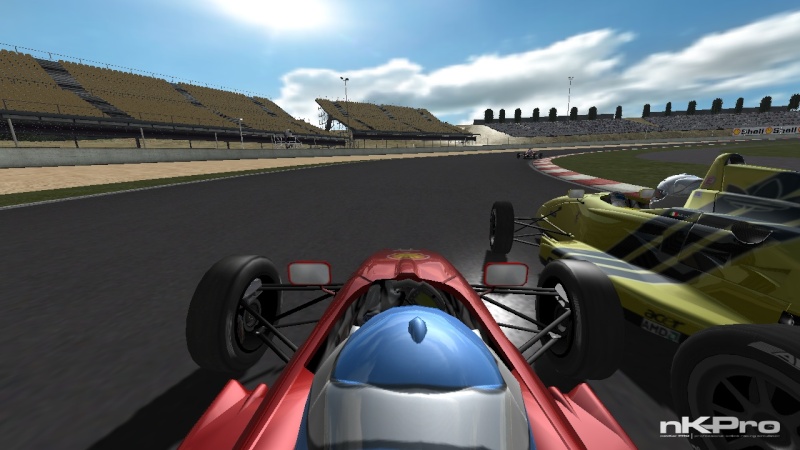 In total there are 6 users online :: 0 Registered, 0 Hidden and 6 Guests