Awesome track with the KS2! I loved it in the FF1800's, and even more with the KS2. Pretty low grip, and a real tyre eater. I think we'll have to drive very smooth to make them last for a whole race.

Looking forward to it!

Thanks to our partnerships, there are plenty of possibilities to have a proper training for our championship this week:

www.iRaceOnline.it with the livetiming
This server, just like radiators-champ server, is configured with qualification and 2 races with inverted grid.

www.nkworld.net offers qualification every 30 minutes and races every 30 minutes (every xx hour at xx:00 and xx:30).
All races will contribute for your Kudos and Stability point, and will be part of the RSR Training Cup. More informations on their wiki.

Further more there is even a practice server, always at nkworld, password protected.

upon first testing i thought this would be quite an easy track to set the car up on, but after doing a couple hours testing has revealed its going to be one of the toughest for sure. low grip, tight corners, quite bumpy in certain parts and no time to relax. what a great challenge!

I love this track

I thought with F1800 was wonderful, but even with KS2 is amazing. Looking forward to go sideways here with the AC Cobra

For me the iraceonline - Brno server is offline since yesterday -is this correct?, but I see some drivers improved their laptimes anyway. Did they drove this laps on the nkWorld - Brno server ?

edit: still the iraceonline server not up ?

beside of this this kind of track seems to be more my kind and I still like it as well, pb 1:34:5 at the moment, but I still have to test minor things on my setup and test the setup with a more heavy car for race conditions.
Francesco Meola

I'm toooooo tired this night. I drove for more than 400km today from Turin to Trento and was able to switch on the pc only 10 minutes before the briefing.... I'm mad....
In the qualify i did my PB in 1:37.1 but i lost two times the rear of the car when my times where around 1:36 low.
At the end i was 7th.
Good and clean start in the 1st race. A lot of drivers very close, but good battles in front of me, without problems. I drove slow, because there were 10 laps. Lap by lap i've seen errors in front of me. I also did an error, llosing the rear, but without touching the walls. Step by step i reached the 3th position after Boni, not too far. With my surprise Marco did an error 3 curves before the end, i passed him and we finished very close.
2nd position, GREAT!!!!!
The second race it was too long for me. I started very slow, leeting the other pass me. I had some battle only with Lanzino, but due to some errors made by him. Remembering A1, when he hitted me in the back, i let him pass me 2 or 3 times. After this i was reguler in all the race, trying to stay on the track withour errors. I finished 6th, without satisfaction....

I suggest to the crew to look at the replay, because a lot of drivers were very close in all the two races, so probably some spectacular overtaking.

Now i go sleeping, see you in Adelaide, a track completey new for me.
Good night
Marcello
Francesco Meola 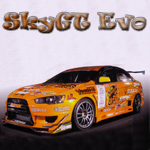 I'm quite happy with the races, I dreamed to succeed on this track, just because I like Brno so much ..and finally it came true in race 1 with a victory

(my second victory in a race).
In the second turn Francesco Meola + Ledda had an accident, so Davide and I took the lead. After several laps of chasing Davide he lost control after the thrid turn (the 'left-right' passage) before the finish line and crashed with the wall, so I finally took the lead.. . -I had just a little bit of a short surprising moment as I overtook Foresta, as he slowed down at a moment and quite a little bit on the racing-line I did not expect this to be (maybe one turn later on the finish line would have been a better place), but nevertheless it was not a big problem though.
After being in front I did not push that much in the slower corners anymore since there was already quite a big gab between me at pos.1 and the second position.

In race 2 I mainly remember to battle with Marco Boni (I guess), at first overtaking him after several laps and losing position again after I lost the car one time after one of the slower turns on the afterward coming curb. So after my incident I was behind him again and we 'battled' again a few laps until he lost his rear on throttle in turn 5 and lost his car, so I was in front of him again.. .

btw.: Grats to the drivers in group A, after watching the fastest laptimes in the official results list I'm surprised how fast they seemed to be especially in race no.1 -wow.. !

i was hoping to increase my lead over gek and vanore this race, but after having seen gek's quali times, i knew he would be pretty hard to beat.

i knew i would get good traction off the line and i planned to take fulvio in either t1 or t2. i got an amazing start with no wheelspin and managed just that - he backed out of the challenge through t1 and i led the race for 5/6 laps. during testing i was too busy trying to find a good balance as brno is a very difficult track, and after 5 laps my tyres started to overheating causing massive understeer. gek was then able to catch and pass me down into t1 after i had bad understeer out the last corner.

race 2 started very well for me. i managed to pass Andrea and somebody else into t1, putting me in p3 after starting in p5. i cant remember who was in p2 but i managed to pass him and chased Chris for half the race. i knew he was running low fuel and would need to make a pitstop as he was running away from me with some very quick times. i decided to hold on and just take my time on this difficult track after seeing vanore and gek crash out somewhere and be at the back of the field.

lap 13, Chris pitted which put me into the lead of about 20s off Stevernik. i was amazed to see Gek in p4 after half the race - i knew he was quick but he was just unbeatable. at that particular time my tyres, again, started overheating and soon gek was able to pass Stevernik (after a nice battle i presume, they swapped places a few times!) and catch me 5 laps from the end. towards the end of the race my tyres started to cool down and picked up pace - but it was too late. gek made the same move into t1 which put me in p2 again.

overall i had quite a good race but im disappointed i couldnt hold p1 in both races. me and gek are now neck and neck in the drivers standing and looks like its going to be a very close championship!

next up is adelaide - somewhere that we will have to be very careful. see you there geeks! xx
f.gek

Perfect evening for me. I was hoping to recover some of the first points on the charts (mika and Vincent) and so it was.
Race 1. Mika part so fast on my machine that changed the pages of the newspaper :-). But this is nothing new because Mika is very good at moving off and then I was ready to chase him away. Mika I followed for some that had some difficulty waiting turns, and at the first opportunity I've passed and then I checked trying to avoid mistakes.
Race 2 the departure Andrea in front of me has an uncertainty, and then very slow and childbirth are among the last to t1, fabio wide on the left and I move to the right to avoid the possibility of contact but I do not see paul and I touch it lightly. my suspension is damaged and returned to the pits 14. From then on, no errors and a non-stop race pace that allowed me to recover and win a race very challenging. maximum accuracy by those who have been dubbed, and all the drivers with whom I had fights.
_________________

Very bad races for me, I hate brno, I'm slow, I can't push, I do not know why...Races could be interesting, with a lot of mistake from drivers I could get some accettable results, but in race 1 t2 I was hit in the back by a supersonic Naldi, I went into the pit and I finish in the 10th position.

Race 2 again an accident with Naldi, I lose a little bit the rear when he was just behind me, then we crashed, I would say a race accident, no fault from drivers. I finished in the 8th position...

The positive things is that me and Antonio have gained the top of team standing!

In total there are 5 users online :: 0 Registered, 0 Hidden and 5 Guests