Thanks to the LFS devs for allowing this conversion. 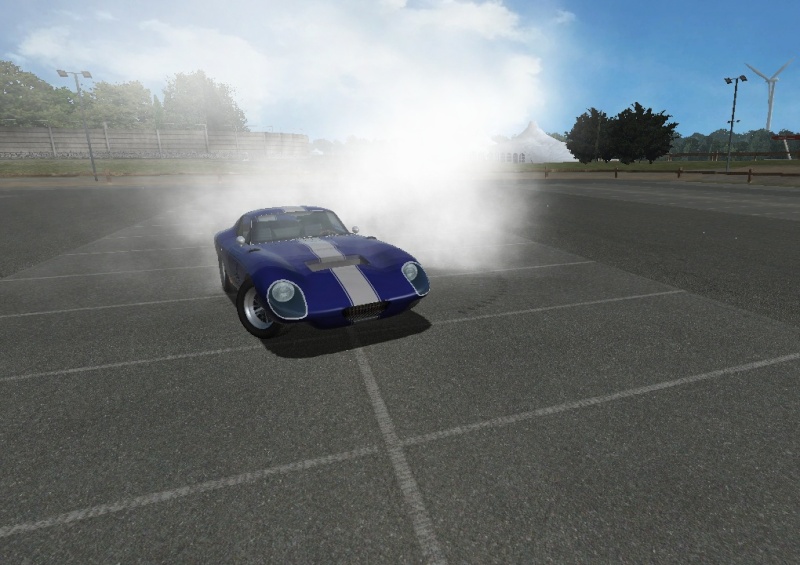 There are two configurations, Grand Prix & Car Park. The Car Park layout’s the full circuit too, but with a hole in the wall after the chicane.

Take the path back crossing the hole in the ground (you won’t fall through it I promise!) for access to the car park.

As for the rally cross layout, it didn’t really work in nKPro… it’s still named though if you want to manually add the config’.

Thanks to McSaltens & TomasT for their help and all the beta testers too.

NOTE: this is the same as the last beta release (10th of March).

really well done Marius. This is a lovely track. I'm amazed that you managed to convert this track with the approval of the LFS dev team.
M Carey

Server up for some tests
Sergio Marques

Just try it and like it, feels very good driving in there, thanks!
Vaggelis

Congratulations! Very good conversion as i have 10000 laps with fbm in lfs

(just after the start when reaching first corner its a little up and in the exit of pits also,just saying...thanks again)
M Carey

Yeah, I noticed on the main straight the drop seems harsher than in LFS, & other people have mentioned other areas. I think elevations are the hardest thing to replicate.
Vaggelis

np at all Carey...I like the conversion very much..!!!
Raúl Expósito

A huge thank you for this track.

Under the rain, there is a set of trees that is not transparent. Maybe it's something related to the alpha channel in that texture. With the sun looks fine.
M Carey

Tried, now we want to try Newbury in LFS

In rain there are trees in poor condition and zones without texture.

I know, a few posts up

I dunno what's causing the problem, as those textures are fine in the dry. I also saw the problem in the following video last night (posted on the LFS forum). Look at the date, if people are gonna leak beta tracks at least have the courtesy to report any bugs you find!
Jeff Paul

Thanks for the track and the hard work that comes along with it.

my run on blackwood. awsome track. thank for all your hard work.
https://www.facebook.com/video/video.php?v=10150159853004974&comments
Stuart Whitehead

Great work on getting Blackwood in the game. Many thousands of happy laps done round here in LFS.

Is there any chance of getting the reverse config in ? Blackwood was always better the other way round

All we need now is South City... Pity it will never happen.
M Carey

I tried the track in reverse with one of the early beta's, wasn't as much fun for me

Unfortunately you can't have a reversed config in nKPro, you'd need a separate version. I asked Victor about an S1/S2 install check, but he said they didn't want to give permission for the conversion of any other content right now.
Stuart Whitehead

Yeah, not surprised they dont want to give permission to convert any more of their content. Pity..South City is by far the best track in LFS.

Thanks for getting Blackwood in anyway. Did a few laps this evening and it was a blast.

hi, could anyone fix this issues. the green part is not supposed to leave dirt when you ride on it. it's part of the kerb or asphalt, whatever but it seems to be grass underneath. thanks in advance

In total there are 3 users online :: 0 Registered, 0 Hidden and 3 Guests