It was a long and difficult discussion in the VT whether to consider this race valid or not.
The main reason for not considering it valid was the fact that few drivers, slowing down to pit got their best lap for a bug on the pitlane sectors.
We had 2 drivers in the first rows for this bug, while they should have been many rows behind. Of course none of us, including those drivers, knew before about this bug, that was discovered just in the official qualifications where everyone tried hard to go as fast as possible back to pit to start, as soon as possible and other stint.
Thanks for helping us to find this out. We fix the problem already, just as all other little holes you found.

At the end, luckily, all drivers had a smooth and clean start and the drivers that had the advantage of the pitlane bug, after one lap, have been overtaken by all the faster drivers without any problems.

We all knew that driving on a beta track might create some problems, and of course did! Anyway it was like that for everyone,.

Anyway we think it was, overall a nice and interesting race, so we decided at the end that the race we had, despite the problems, should have been considered indeed valid for the championship.


Anyway, we thought as well, that we wanted to have a better race at Mugello. For this reason Mauro worked hard to fix all the bugs that we found so far, so soon we will release a new package that we can use for one more Special Event at Mugello: Endurance race with FTarget v1.1. This will not be, of course valid for the championship, that is over.

First Official race on Mugello Beta V.08.1
Great
Track ..And Great Championship.
Thanks to all

That is at T1: Some Textures wrong, and lightning "bug" (nearly everywhere on the track) 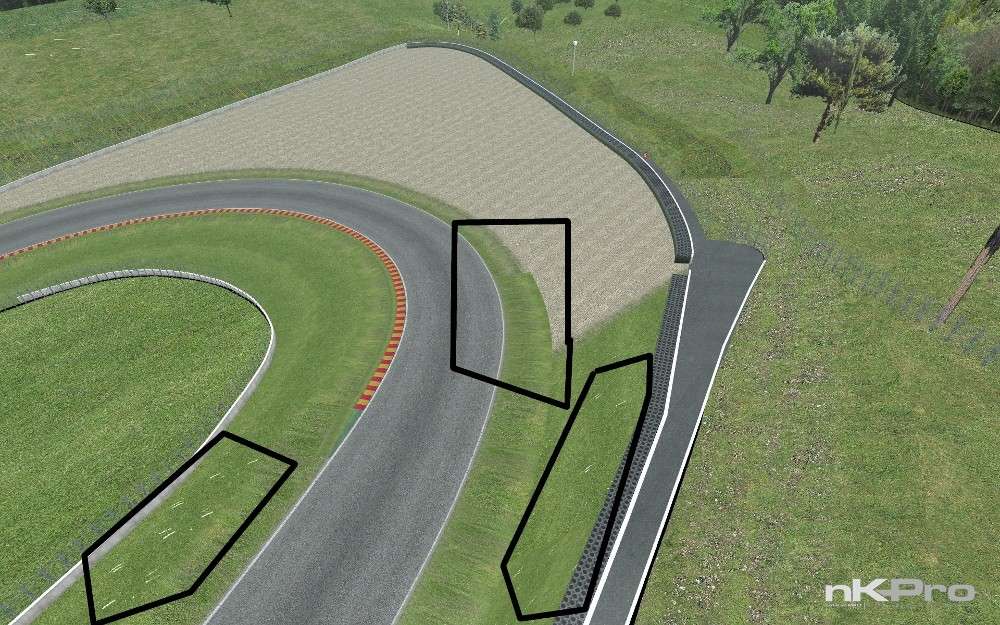