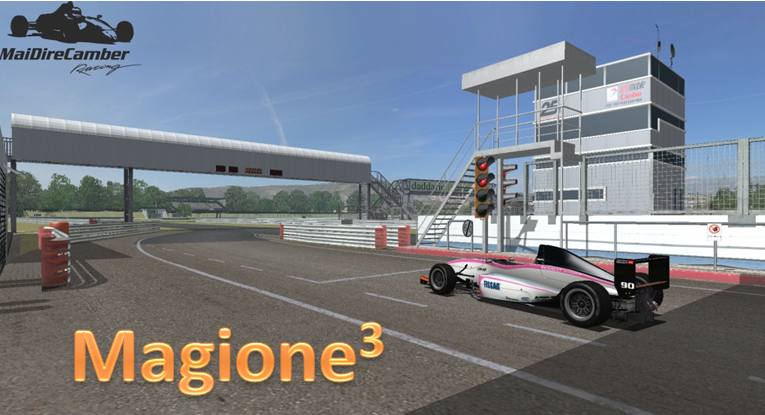 See you in chat. No need to register. Just join our chat on time and we will give the password to go on track

.
Will probably start to create a setup for the Osella now.., never had been very good in creating a set for this one (a bit too less driving feel with this car).
For the F2000 I will probably just use my Imola setup and only adjust the wings and ARB + diff. if needed.
M Waechter

If someone wants to have replays of todays spontaneous 3x event stuff:
(sorry, can't switch off this underlined link style for some reason, tried everything, everything I type keeps related to the dl link.. .)

I did screenshots after each session (except one of them) and an 'all in one' results pic. again, although it was just a quick fun event. Each screenshot is resized to 25% of its org. res., so numbers are not much readable at first sight, but it is usable, when you (save the pic.) and zoom the pic.+100% in 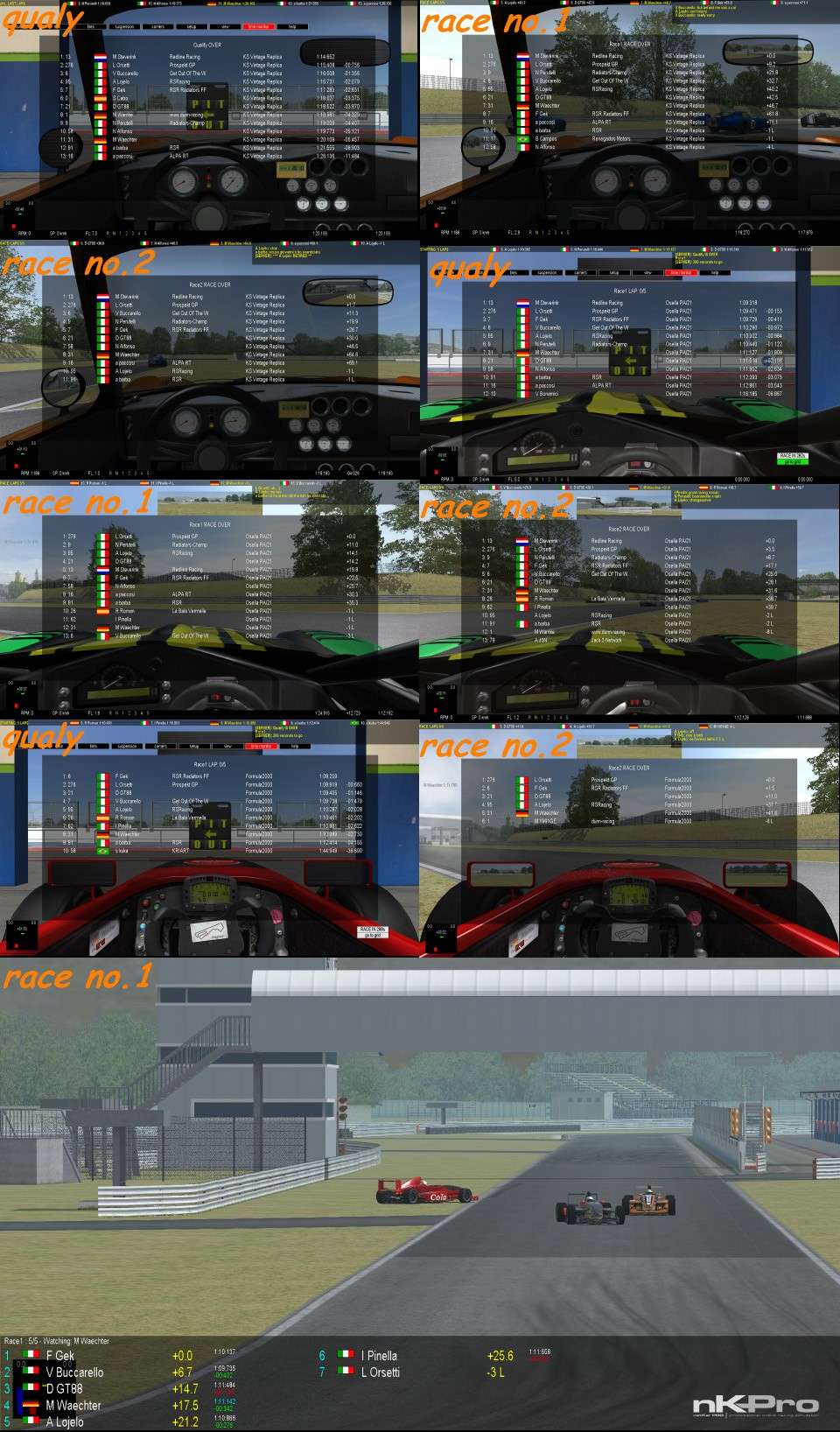 Just to sum up the worst moments of my own race

:
-race1(vintage replica): Second car in front of me missed to start and I crashed into that standing car. I was coping a bit with gears, 1st gear at the H-shifter (to my right) and 2nd (to 5th gear) at a button at the wheel, so I was not able much to steer away (around the standing car) in the first few meters at the start, before finally getting into 2nd gear. So my race was amost done already at the start, in terms of a better position.
-race2(vintage repilca): While being on a drift, I lost the rear on the last turns curb, my mistake

. Just lost time and one or maybe at the end two positions.
-race1(osella): Got hit by someone at the rear after the long straight, because of missing his brakes a bit. Got stuck there in the gravel unfortunaltely, so ESC->back to pits and drive on from behind.
-race2(F2000): Got hit at t2, again because of a driver missing his brakes or else, but that all happened due a little battle, not a big deal. The problem was -after we both turned around beside the track after the collision-, me and the other driver started off again -heading to the track again- at the very same moment, which lead into another collision (each getting stuck again for a moment with the other car). Could drive on, just lost time of course and one position at that little incident.

But the rest (which was the majority) of the racing was fine an fun. My qualifyings were ok, just except the one with the Vintage Replica, which I could have done at least three seonds better (1:17.0 instead of my 1:20.1): In the two races I used better ARB settings and could go a bit faster compared to the qualy session finally.
Giovanni Santangelo

Thanks for the great race report, Marco!