Andrea Lojelo wrote:We will split drivers in homogeneous groups. This even because all groups will use the same point distribution.

Ok I see, I thought it was the list we see at allocation.

Andrea Lojelo wrote:
In any case, please allocate for the race on time. This will allow us to speed things up

Andrea Lojelo wrote:We will split drivers in homogeneous groups. This even because all groups will use the same point distribution.

Ok I see, I thought it was the list we see at allocation.

ill try to stay out of the way of the front runners, dont want to mess up their races!
M Waechter

Andrea Lojelo wrote:it's getting better soon at aviano
most likely it's gonna be a dry race

, I also prefer a dry first event, because rain even at the very first event might 'disturb' too many drivers (if not practiced their car setup in the rain before),
so it's better to have a dry event to have all things more clean in the first races.
Andrea Lojelo

we will announce the weather during just before the briefing, so everyone can load the correct setup for the race.
Just as a reminder, it's not possible to load a setup in Full Mode. For this reason make sure you have your setup loaded before loading into the server
_________________

it shows in my control center that Redline Racing is registered to both KS2 and Osella champs... but i look in the teams & drivers section and apparently im not regsitered to any. i just got the team validation email about 30 minutes ago so somethings wrong.

Congratulations! You are an active participating team in the Osella
Series league at Radiator Springs GPCOS. Now it is time to get drivers
signed up for your team.

mika it's because you (as team manager) registered your team to the league.

just as it's written in the email you received Now it is time to get drivers signed up for your team.

so now you need to register your driver (you) to your team.
then you will be finally ready to allocate for the race
Check here the full procedure.
_________________

The weather for tonight is Cloudy: 0% Rain 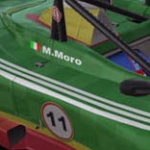 ok. I managed to get out before 21. so I'll be present, not possibly, I'll be on the grid for sure!
Andrea Lojelo

One thing: worst league race EVER in EVERY sim I have raced for the past 5 years...
NO ONE in the servers as admin to tell us when to race, when to warmup, I thought the first 7 lap race was actually warmup and then there would be race, a turkish guy thought it was funny to target practice on me in the second race and should be banned for 3 lives and in the qualy I screwed up myself and had 25 minutes repair losing all quals...
And even then, I came 3rd in the grid without even qualifying... With a joke time of 1,25,8... Are you serious people? Have you even tried ONE lap before joining the race? This whole thing is a joke, I'm sorry but if it stays like this in the second race I withdraw...

I expected much better level from people in nkPro...
M Waechter

bad event for me:
In race 1 one guy behind me missed completely his braking point in the last corner and crashed with full speed into my rear.
In race 2 at quite the same place on track, I avioded to crash with a 90° silding car in front of me, which was gonna to crash itself, ..shortly around 70 meters after I got hit from the guy behind, who did not slow down.

-question:
Unfortunately I heavily hit English in the first lap of the qualy (he braked earlier than I expected in turn 5 because he drove a slow outlap), but after he pitted his car was immediately repaired again -no 15 min. repairtime for him. So general question: how is this possible (maybe English could explain to me) ?


Osella races can be very dangerous, because everyone is so close together, if one guy in front makes a mistake all the otheres behind have to react on this at the same time to aviod trouble.
-This things result into difficult situations when many drivers are involved in such an issue. So starting from behind at a crowed place can be hard.. .

it was e bad evening for me

i finished the installation of my new graphic board at 20:40....
i was in group A
in qual i had my PB with 1:26.9 without practice .... quite good
in race 1 i've seen a very clean start and i had a good battle with Kreuer for some laps
i was 6th 2 curves before the end, when Graziano hitted me in the back -> fly to the box (np, it was a LAG...)
i finshed 8th
in race 2 another clean start, but in T2 i was hitted in the back -> small damage, but the cas it was still drivable.
i entered in pit, but i forgot it was a "full mode race", so i pushed "fix the car" and ..... waited 10 minutes in the box :-(
looking at the race i've seen a great battle between Lojelo and Doni.
I restarted from the box with 9 laps down and finished 11th.

but
I'M HAPPY
because i was able to drive close to other more skilled people. The reason is that i have now a pc able to give me a more fast feedback, so i can drive more clean....

See you next race, with KS2

Finally the racing day! I was really tens today because of the high probability of rain.
no time for me at all in the last days for any training, so, I was really relieved when I saw cloudy, without rain tonight.

First lap on the official qualification I got my PB that was worth the pole position with mario and vito very close.

Race 1 was really really tough. Mario and Vito where always very close, and we had a very tough battle for the full race. I won with +0.1 on Mario! very nice


Race2: started 6 for the inverted grid, I had a nice and clean start, just as everyone else. With full tank everyone was more or less on the same pace. I got very close to Oliver, that was battling with Diego also. I decided to have an early pit, to avoid loosing so much time.
Diego had the same idea, so we came into the pit together. Refuel, new tires, waiting the time to complete the refuel and than back on track with Diego few meters in front of me.
We knew we had to push if we wanted to overtake Oliver, and we both had some fast lap.
Oliver had his pit few laps after, and our tactic payed off. We both managed to overtake him.
After a while I got closer to Diego, and overtook him also.
I had Mario on my view, but still 4 seconds ahead.
Very difficult to get him since we where both on similar pace.
When the second pit was approaching, I started my calculation to understand if I did my math right, and if I could arrive till the end filling up other 12 liters.
Doing my math I had a very bad lap and Vito got much much closer, just when it was important to get some space between us.
I went into the pit, and refuel...but..DISASTER!!!
although i pressed the clutch, nK in the waiting time for refueling, was blocked to my inputs. For this reason it was just as I wasn't pressing the clutch, so my engine shut down.
unfortunately I coudn't start it up anymore. I tried to press go to box (I was stop on the pit), and there finally I managed to start up the engine again. I got no penalty of time, but I lost maybe 10-15 seconds (and 1-2 years of my life

).
I got back on track, and both Vito and Oliver were in front of me.
I slowly got closer, but then they collided, so I overtook them.
At the end of the race, I expected to be 3rd, but nk show me at -1 lap. Really weird! Clearly a bug due to my strange pitstop.

Anyway, I'm really happy about my races, and more importantly about the nice races I've seen around me.
Everyone really fair and extremely good battles. Exciting races, especially with those thrilling pitstops, that gives a lot of room for different strategies.

In total there are 3 users online :: 0 Registered, 0 Hidden and 3 Guests