Just to make it clear, we haven't decided anything yet on Melbourne race.

We don't usually act directly on an incident, unless someone ask for verification.
In any case the procedure to follow is described in our rules.
As you can see from the following picture, the drivers have to speak between themselves trying to get to an agreement before contacting us.

We are not here to judge anyone. We wouldn't even have time for that.

What we do is to check the red zone.

We want at least some basic rules to be respected. A lot of times we closed our eyes, and simply warned verbally the driver that created the problem.
In some cases, when we already warned the driver, we penalize.

That table should be updated. Some of the point deduction are too mild, considering the new point system we are using.

First, my replay so you all can check what's happened ->http://idd00dma.eresmas.net/nkp/Doni_Steverink_osella_doningtonpark_race2.rar

Then, I'll paste what I wrote after last event (Crema):

What I really hate more than being crashed on is to crash onto someone else, and I always try hard to avoid incidents; I really can't understand careless drivers, so much talk about safety and respect, and then there are always stupid avoidable incidents, then go blame on nkp netcode...

I try to live my life coherently, I made a big mistake trying to return to track too soon, and I damaged two drivers (but then I saw Zanerini had finished with just two laps down, wasn't big damage so? Unbelievable...) so I feel it's ok to be penalized for the damage I caused, take action please.

On the other hand I wish to see a strong position taken by RSR against careless and/or overaggressive driving, I've checked the logs and I found that I've been touched both races at Newbury, without big damage fortunately, then I was wrecked both races at Crema, and again at race2 at Donington yesterday, I can swear none of those crashes, except Lanzino/Zanerini yesterday, was my fault.

One occasion it was someone with lost laps, then that same driver, next event, after some creative maneuvering took off a driver and shortly after myself, and I missed him AGAIN yesterday at the chicane while him was crashing someone else, sure I'm very careful now when I see his car around me . Anyway, too much crashes to simply blame on poor netkar's code.

Now, I do understand you RSR can't review all driver's races, but you can check the logs and then go ask if you see something strange, as I've done myself.... on by the way I wish to ask, I saw lots of Pitlane speedlimit, that isn't to be penalized? Otherwise I think I'll go to pitstops full speed next time.

I do understand that the idea of gentleman driver controller of himself is appealing, but I think that it's more effective for the organization to intervene strongly to stop dangerous repeating behaviors; as is now there is so little activity online that to race the champs is the only one option to race, but if the long waited and prepared race has to end at T1 or just in a lap, well, something has to be done... myself, well, I'm serious pondering moving away from netkar.

please can someone let me know that you are all talking about me rather than trying to hide it behind my back.

1 - i take full responsibility for mine and geks crash at melbourne. because of this, i did a drive through penalty. i havent seen any other person give themselves a penalty for a crash they caused. you call this a gentleman champ? im the only one who has made this move to be as fair as i can be.

2- please take a look at the onboard footage of me vs luca before you start judging. i was just racing and he started flying. i did not make a stupid move.

im not happy at all that you are considering taking points or punishing me considering the fact i got hit almost every race last season and nobody did anything about it. i dealt with it and moved on like a gentleman. everyone knows the netcode isnt great so please, dont go asking for punishments when i barely did anything wrong to cause this. i apologised to luca after the race but he ignored me, so i dont know

this is my replay. as you can understand from my point of view, i was nowhere near him. i know all replays look different but you can see this from me.
https://www.youtube.com/watch?v=cr4wvpRa-zQ

most guys here know i dont intend to be a dangerous driver. please accept that accidents happen. ive had some fantastic races before with gek, vanore, andrea and all

its not a nice feeling when everyone seems to be against you which is one of the reasons im considering leaving.

yes sorry for the NO ENGLISH... the quest was not about you...but luca..chat duting race...2 time and you was chatting on qualy one time...soo Luca thinking we was no balance the penality..
we need to decide the incident whit gek..in t1...but you made ready a drive trough..soo we think...!!:!>! this think ...always the same...2 video 2 different perception....
nothing more..
we try to use the English x next post...
nothing personal to you..for this was more easy the italian..for explain better...italian ??

no worries Mika, no one is saying anything behind your back. Some of the guys here has some problems with english, therefore they write sometimes in italian. im sorry for that.
in case there is something that needs to be translated i will make sure that it will be in english also.
don't worry.

As I always say before judging any incident, everyone should always ask for the other driver replay.
things can be very different sometimes.

its okay, i understand. sorry if i caused any more controversy but as always, every driver likes to make his point. i dont want to rub salt into the wound any longer. you always know i try to help with anything i can andrea, and that wont change. i just want it to be like the good old days where we always had great racing
Kamran Choudhry 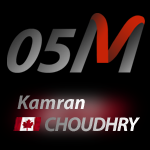 Hi Mika. I was looking at your youtube replay and I can see you're not out to take anyone out. It's just dodgy netkar netcode. It's hard for me to see in the replay but I was thinking maybe if you tried to slow down a bit more even tho the guy in front of you went wide considering the poor netcode so that way everyone can still keep going. I don't know if you were already doing that or not as I can't see, but I can see you were doing your best to stay tight even taking some grass. Just a thought, not pointing the finger at you for the incident.